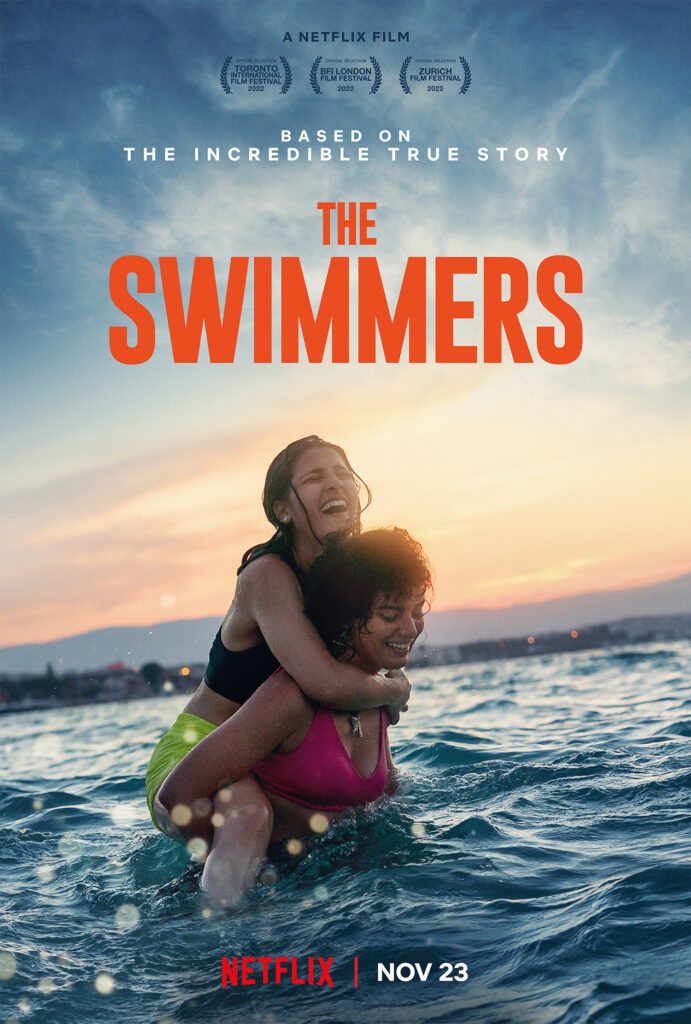 This soaring epic dramatises the true story of two sisters who left their home in war-torn Syria for a new life in Europe — and the chance to compete in the 2016 Summer Olympics.
An epic adventure drawn from the most pressing of global stories, The Swimmers tells the remarkable true tale of sisters Yusra and Sara Mardini, who fled their home in war-torn Damascus to seek a new life in Europe and earn the chance to compete in the Olympics. Directed by Sally El Hosaini and written by Jack Thorne, this is a moving story of two young women refugees, and their inspiring reach for a better life.

Yusra and Sara have pursued rigorous swimming training with their father since childhood. By 2015, with Syria’s devastating civil war escalating, their dreams of Olympic gold are quickly fading. They decide to risk the perilous journey to Europe. Accompanied by their cousin (Ahmed Malek), they escape first to Lebanon, then Turkey. Then, in a bravura sequence equal to any great action blockbuster, they board a small boat teeming with fellow refugees to cross a frequently lethal stretch of the Mediterranean sea. Their journey is far from over.