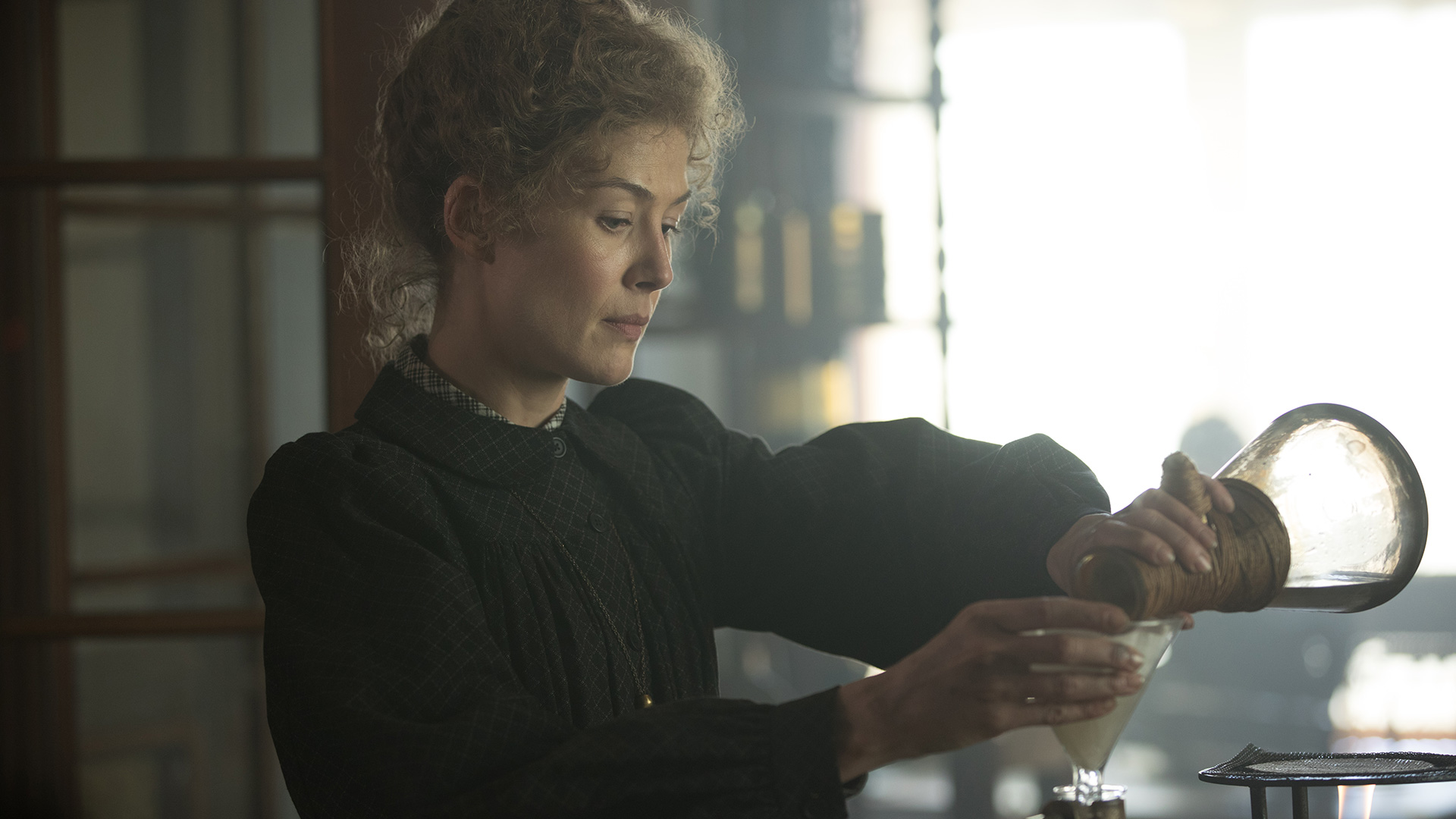 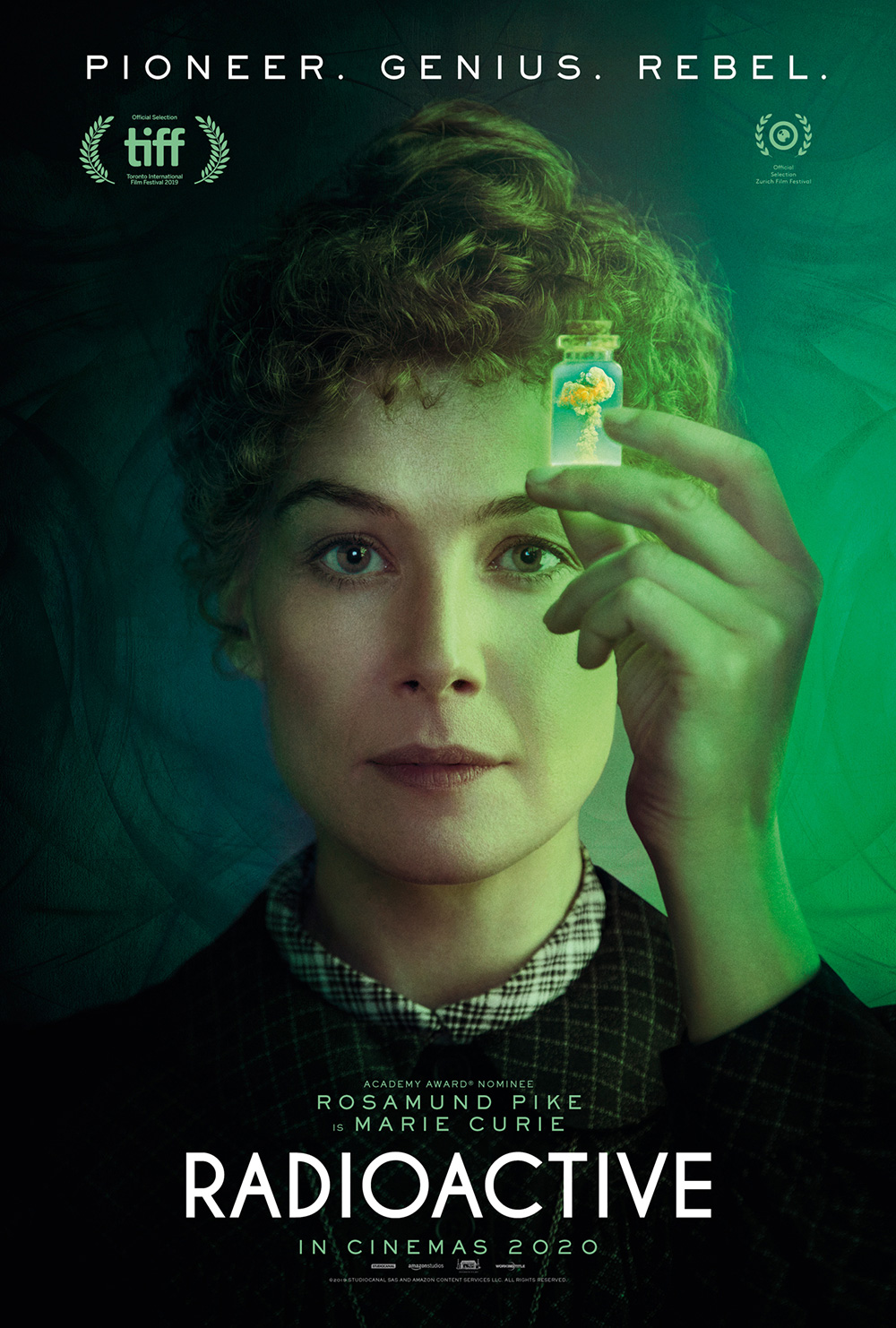 Radioactive is the incredible, true story of Marie Curie (Pike) and her ground-breaking scientific achievements. In Paris, 1893, Marie meets fellow scientist Pierre Curie (Riley). The pair go on to marry, raise two daughters and change the face of science forever by jointly winning the Nobel Prize for the discovery of radium in 1903. Marie Curie was the first female scientist to win the esteemed prize.

After the death of her beloved Pierre, Marie continues her research and invites scandal when she has an affair with another prominent scientist, Paul Langevin (Barnard). However, it is Marie’s commitment to science which prevails, and the responsibility that comes with discoveries that quite literally change the world. Intercut between past and various sections of the present, we see how their science shaped both modern medicine and the advent of nuclear power and weapons.